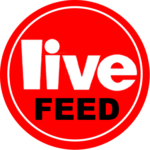 By Vera Sauchanka, Dennis Bindarau Dash cameras become more and more popular for a reason. They add a level of protection on the road and ensure that if anything happens you will have the evidence you need, whether your car is parked or in motion. Back in the day, they used to be quite expensive, […]
LiveFEED News Team

By Vera Sauchanka, Crystal Pennell A historical event happened last week for California residents as they sent in their votes for the Governor’s recall election. It marked the second time in two decades since Californians had to make a recall decision. The previous recall election was held in 2003 when Gov. Gray Davis was replaced […]
LiveFEED News Team

San Jose police have been investigating a string of armed robbery cases at jewelry stores across the city. On March 17, at approximately 2:46 PM, an armed robbery occurred at Variedades Franco, a jewelry and clothing store located in the 400 block of South Capitol Avenue. According to San Jose PD, two male suspects entered […]
LiveFEED News Team

Multi-vehicle crash on I-80 in Oakland, CA

The video captures the aftermath of a multi-vehicle crash on I-80 eastbound today. It appears that around 5 vehicles, including a bus, were involved. California Highway Patrol, firefighters and ambulance personnel were working on the scene. No further information is available at this time. Do you have anything else to share or add to this […]
LiveFEED News Team

As seen in the video, the suspects track victims in shopping center parking lots, block in the victim’s vehicle, smash the windows and flee the scene with purses and other personal property. After the initial robbery, victims reported additional fraudulent activity with credit cards and other identity-related fraud. According to the police, all victims are female […]
LiveFEED News Team

By Dennis Bindarau, Vera Sauchanka In 2016 we did a review of the previous LS 460 generation and didn’t find it particularly impressive. In 2017, Lexus made significant changes and introduced Lexus LS 500, so we thought now is the best time to give it another chance and find out if it would stand up […]
LiveFEED News Team

A New Mexico man’s long journey through the legal process for his extensive role in a dogfighting network — from his arrest in 2016 to his guilty plea last year to his sentencing in April — raises a logical question: What happens to the rescued dogs as the case is wending its way through the […]
LiveFEED News Team

Three men accused of committing a string of armed robberies in the St. Louis metropolitan area are facing new charges in the Southern District of Illinois. Jalon Moore and Garry Johnson, of St. Louis, and Larry Rhines, of Collinsville, Illinois, have been charged in a superseding federal indictment with conspiracy to commit multiple armed robberies, […]
LiveFEED News Team

A federal grand jury has returned an indictment charging Jonathan Wade Bohn, 43, of West Frankfort, Illinois, in the October 2014 mailing of two threatening letters to officials in Franklin County, Illinois. The indictment alleges that Bohn was incarcerated at the Federal Correctional Center in Allenwood, Pennsylvania, when he sent a letter threatening to kill […]
LiveFEED News Team

Tyler S. Seibold, 31, of Edwardsville, Illinois, has been sentenced to 20 years in federal prison for production of child pornography, according to U.S. Attorney Steven D. Weinhoeft. U.S. District Court Judge Staci M. Yandle handed down the sentence after Seibold pleaded guilty to a two-count indictment in March 2019. There was no plea agreement […]
LiveFEED News Team