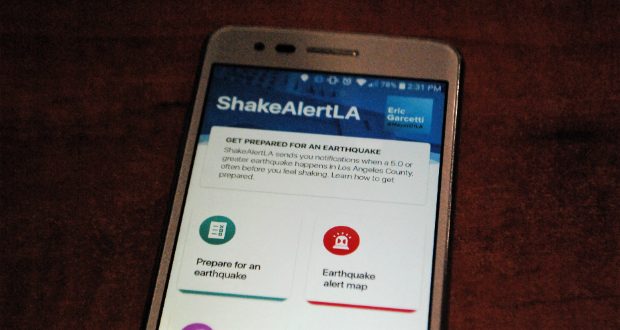 In the aftermath of the earthquakes that shook Southern California on the Independence Day weekend, officials announced the release of a new and more advanced version of the earthquake monitor app, according to Los Angeles Mayor Eric Garcetti.

The app, called ShakeAlertLA, is available to download from app stores for both iPhone and Android effective from today. A new version of the app will reportedly alert of a shaking that’s typically noticeable for people inside of higher buildings, but not necessarily for those outside, as shown on the Modified Mercalli Intensity Scale.

When an earthquake in Ridgecrest, just 125 miles north of Los Angeles, has occurred, the minimum level of shaking was “light,” or Intensity IV, according to the Mercalli Scale.  In reality, this “light” shaking is considered an earthquake of a lot stronger level that can rattle dishes and windows, which sometimes feels like a heavy truck striking the building.