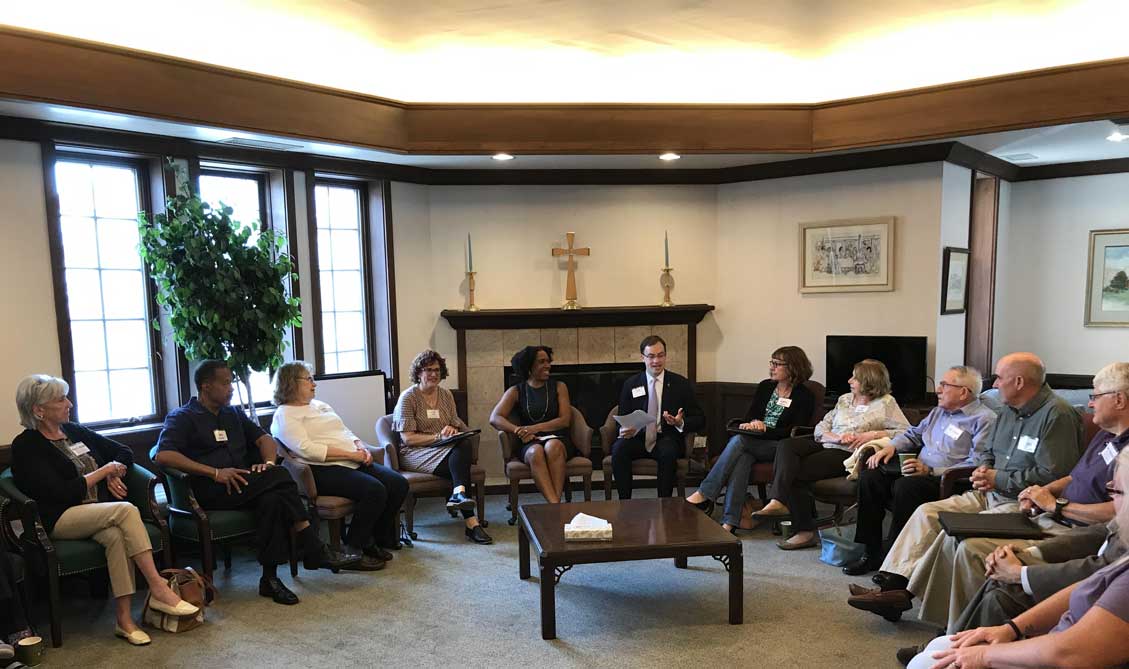 Illinois Lieutenant Governor Juliana Stratton kicked off a statewide listening campaign with the Alzheimer’s Association on June 21, the summer solstice and day of the year with the most light. On The Longest Day, thousands of people from across the world come together to fight the darkness of Alzheimer’s through an activity of their choice. In honor of this campaign, Stratton is sharing her personal story of how she has been personally affected by Alzheimer’s.

“I’m honored to be a part of The Longest Day and to have this serve as a kick off to statewide listening tour,” said Lieutenant Governor Stratton. “I lost my mom to Alzheimer’s in 2016, three years after she was diagnosed. I was her primary caregiver and it was my greatest honor to care for her. I stand with and will work alongside caretakers, medical professionals and people impacted by Alzheimer’s as a part of this tour.”

Lieutenant Governor Stratton’s tour started on June 21 in Elmhurst as she met with members of Rush Alzheimer’s Disease Center’s Without Warning support group. 18 current caregivers joined Stratton and her staff at St. Peter’s United Church of Christ, 125 W. Church Street in Elmhurst. This was the first stop of her tour, LG Cares; Through Our Eyes Listening Tour in the Fight to End Alzheimer’s and Stand with Caregivers.

During the hour-long listening session, support group members shared their personal stories in addition to addressing the struggles they faced while obtaining a dementia diagnosis. They also discussed the challenges they faced while attempting to access various state resources.

As the tour progresses, it will allow Stratton to spend time with caregivers and people living with Alzheimer’s disease and find out what support services are needed to make Illinois dementia capable. It will extend across the state, visiting multiple Illinois cities and engaging with diverse populations impacted by Alzheimer’s disease. The listening sessions will help influence Stratton’s policy priorities moving forward.

“We’re thrilled to collaborate with Lieutenant Governor Stratton as she begins this important listening tour,” said Jen Belkov, Vice President for Policy and Advocacy for the Alzheimer’s Association Illinois Chapter. “Alzheimer’s disease directly impacts nearly one million Illinois residents, and we are excited to work with the Lieutenant Governor as she seeks to understand how the State can more effectively support this vulnerable population.”

More than 230,000 Illinois residents are living with Alzheimer’s disease. Follow the hashtag #LGCares #ThroughOurEyes and #ENDALZ on social.

Has your business suffered from COVID-19? Here’s a list of available funds

U First Capital InnoCon: Innovation & Venture Capital in the heart of Silicon Valley