2 dead, 4 wounded in city shootings | LIVEfeed - news as it happens 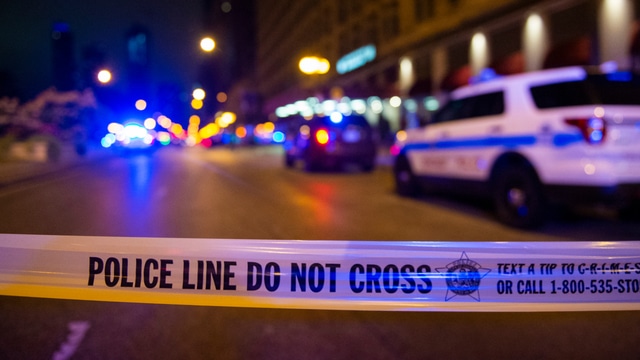 Two people were killed and four others were wounded in city shootings Tuesday and early Wednesday, Chicago police said.

A 24-year-old man was shot twice in the chest and twice in the arm around 11:55 p.m. Tuesday when someone in a four-door dark vehicle fired shots at him in the 1700 block of West 85th Street in the South Side’s Gresham neighborhood, police said.

He was taken to Advocate Christ Medical Center in Oak Lawn where he was pronounced dead.

The earlier homicide happened around 10:15 p.m. in the Gage Park neighborhood on the Southwest Side.

Police were responding to a report of a burglary in the 5700 block of South California. Upon arrival, a witness said a male was trying to break into a residence and ran out into the back yard, police said.

Moments later, officers found a male lying in the yard with gunshot wounds to the back and neck. He was pronounced dead at Advocate Christ Medical Center in Oak Lawn.

No one was in custody in that incident.

Early Wednesday morning, a 23-year-old man was shot in the mouth around 2:20 a.m. in the 4800 block of West Hubbard Street in the West Side’s South Austin neighborhood, police said. He was not cooperating with investigators.

The man was taken to Stroger Hospital in fair condition. Earlier, three people were injured in shootings in less than an hour Tuesday night, police said.

A man was shot in the groin around 8:10 p.m. in the 7100 block of South Claremont Avenue in the West Englewood neighborhood on the South Side, police said.

A 21-year-old man was shot in the arm around 7:55 p.m. in the Roseland neighborhood on the Far South Side, police said. He was on foot in the first block of 110th Street when he was shot by someone who approached him.

He took himself to Roseland Community Hospital where he was in good condition.

In another Far South Side shooting, a 26-year-old man was standing in a yard in the 9900 block of South Wentworth Avenue in the Fernwood neighborhood around 7:25 p.m. when someone in a dark SUV began firing shots, police said.

He was taken to Roseland Community Hospital where he was stabilized.

2 found dead in garage on Northwest Side

A man and a woman were found dead in a garage Tuesday afternoon on the Northwest Side, Chicago police said.

The pair, in their 30s or 40s, were found unresponsive around 3:50 p.m. in the 4100 block of North Mozart Street in the Albany Park neighborhood. They were pronounced dead on scene.

There were no signs of physical trauma on either, police said.

Has your business suffered from COVID-19? Here’s a list of available funds

U First Capital InnoCon: Innovation & Venture Capital in the heart of Silicon Valley