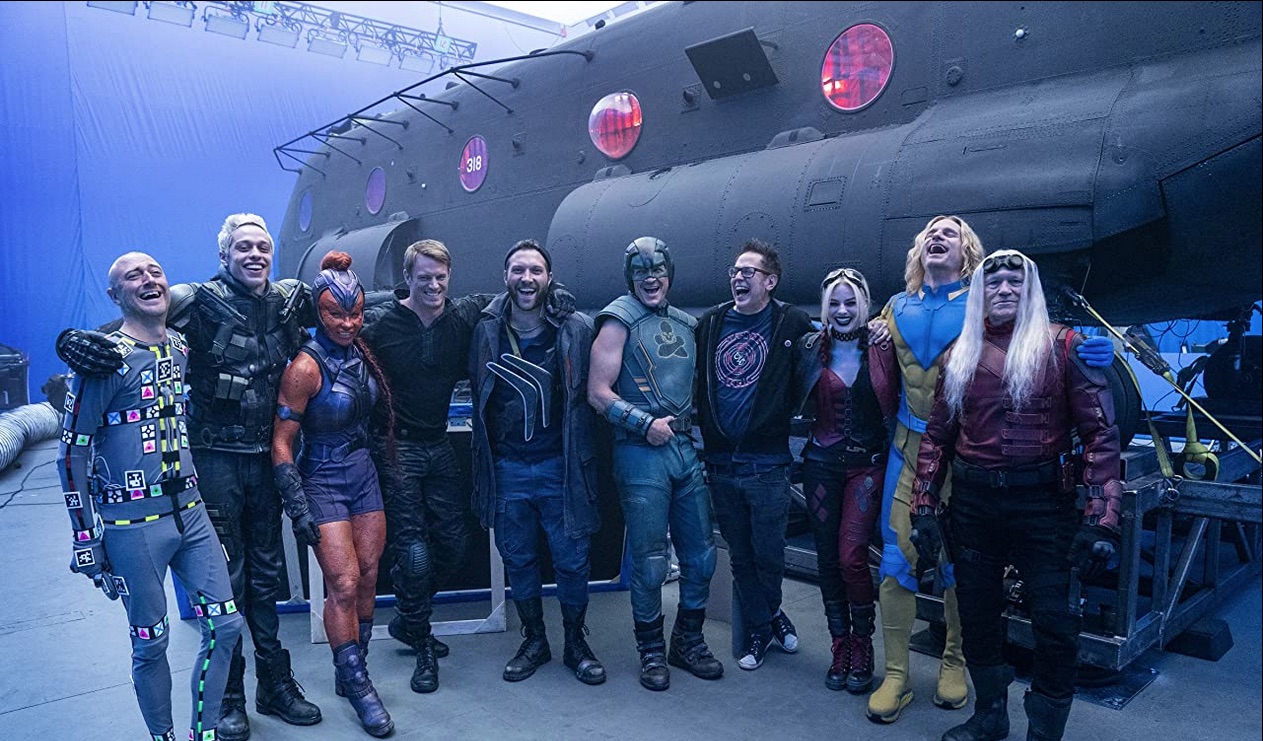 James Gunn may have outdone himself with his newest released film, The Suicide Squad. Gunn has made his mark in the DC cinematic universe with similar flair and humor from his previous work done with Marvel in Guardians of the Galaxy Vol. 1 & 2. This was one of the better DC movies I had seen in a while. It’s a rated-R movie for sure, with its foul language, violent/graphic imagery, and absurdly funny action scenes, this is exactly what I look for in a villain-based movie.

As a fan of the DC Universe, specifically the villains, I was more than excited to hear about The Suicide Squad. I was definitely one of the first people to see Suicide Squad in 2016 and walked out of the theater slightly underwhelmed. I was excited for Jared Leto’s Joker, Will Smith’s Deadshot, and of course Margo Robbie’s Harley Quinn. But I left that movie feeling like it was missing some edge, The Suicide Squad definitely picked that up x10.

The movie starts with the assembly of “Task Force X”, an elite unit of bad guys/ antiheroes that are going on a super dangerous mission by Amanda Waller (Viola Davis) under the threat of imminent death. If the antiheroes disobey Waller at any point, they will implode from a tiny bomb implanted at the base of their skull. It moves fast, but still at the perfect speed to explain the idea of how the government uses their worst criminals to ‘save the world’.

Without any spoilers, our antiheroes are sent on a mission to a small Latin American country call Corto Maltese where a malicious dictatorship has fallen after a bloody military coup. The new leaders are not any better, in fact, they’re more anti-American, and they have access to a secret extraterrestrial project (Project Starfish) that could allegedly put American security at risk. We all know the American government can’t have that, so the Suicide Squad is sent out to stop them, destroy the project and maybe come out alive.

We get introduced to the crew and are immediately thrown into the wacky/bloody antics of the Suicide Squad. This movie had genuinely entertaining characters that made the movie so much better outside of the plot. With oxymoron-like characters, Peacemaker who is played by John Cena is essentially a hyper-violent Captain America. My favorite line of his was “I cherish peace with all my heart, I don’t care how many men, women, and children I kill to get it.” Bloodsport played by Idris Elba, is an assassin who originally wanted no part of the Suicide Squad but was forced by Waller to be the leader of the group. Next, is Ratcatcher 2 (Daniela Melchior) the daughter of Ratcatcher (Taika Waititi). She controls rats and sadly, no one ever waves back to Sebastian, Ratcatcher’s companion. The deeply disturbed Polka-Dot Man (David Dastmalchian), and lastly, the adorable, but always hungry King Shark (Sylvester Stallone) also known as Nanaue, (also known as my favorite throughout the movie).

The movie does such a great job introducing these newer characters and their backstories. It’s heart-warming in the most deranged and sad ways, it really puts the audience in perspective to understand why these guys are the way they are, for the most part, they’re still pretty psychotic.

The mission of course doesn’t go to plan, at least in the plan that Waller had played out and as things start to unravel, the antiheroes find themselves in a wildly moral dilemma. There are some parts of the movie where a person could walk in randomly and with no context, they would have a rollercoaster of mixed emotions to process what’s on-screen. (No spoilers but Polka-Dot Man really hates his mother.)

The most enjoyable part of watching The Suicide Squad was that I stayed in the comfort of my home. Thanks to HBOMax, I was able to watch the movie for free and not overspend at the movie theater for over-buttered popcorn and the possibility of a group of angsty teenagers making crude comments throughout the movie. Instead, I was cuddled up with my cat (Zoro) and my Chinese food, free to pause for bathroom breaks and the occasional water bottle fill up.

This is just a movie you’ll need to see. Go see it in theaters or stay home and watch it on HBOMax. If the theater is more your vibe, I will say that the price will be worth it. The super-violent, foul-mouthed, wholesome but jarring comic book movie is perfect for the big screen. Great fight scenes and all the laughs, The Suicide Squad is a movie to remember.